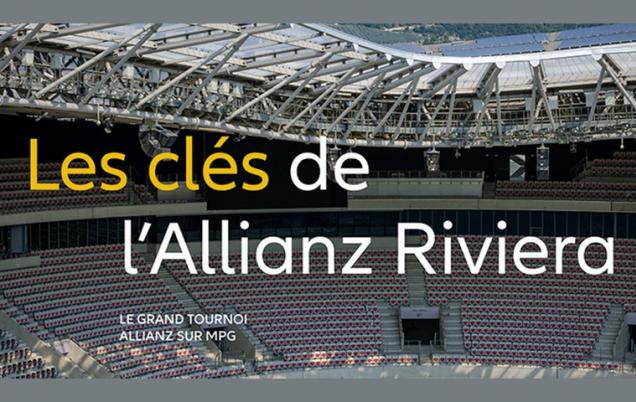 - On 18 February, the “Les Clés de l’Allianz Riviera” tournament opens to the 16,384 players on Mon Petit Gazon (MPG).
- Allianz France combines its partnership with MPG, French leader of fantasy football, and its name partner commitment via the Allianz Riviera stadium to offer a fun ‘real life’ football experience.
- On 21 May, two finalists and their friends will face off in a real life final on the pitch of the Allianz Riviera.

Out of the 16,384 participants, 2 lucky players will find themselves in the final after 14 knock-out rounds and will be invited with 4 people of their choice to play the final at the Allianz Riviera on 21 May, 2022.

Each goal scored during the tournament will augment the donation for an association sponsored by Allianz France.

A creative, unconventional media and influence campaign
When there’s only 2 winners, there’s a lot of losers. Allianz France has adopted this tongue-in-cheek tone by teaming up with the FFL (French Federation of Losers), the number one self-mocking sports media on Twitter, Facebook and Instagram.

How to register for the MPG “Les Clés de l’Allianz Riviera” tournament?


“Our goal is to reach a wide public by dovetailing our different partnerships: MPG and its Allianz mirror effect bonus, the Allianz Riviera, OGC Nice and team Allianz athletes. In this sense, we have brought digital into the real world and real life into the digital world, and we offer an exceptional experience: playing a match on a magnificent Ligue 1 pitch.
The innovative aspect of this partnership, signed 2 years ago with MPG, involves setting up a fun, innovative and responsible activation that brings people together. Geared to peer groups with complementary interests, this project demonstrates Allianz France’s strong commitment to the worlds of sport, high-tech and CSR. Mission accomplished.” Mathieu Chassagne and Theo Nicolas, in charge of the MPG partnership at Allianz France.

“Getting together and connecting with friends in real life is the very bedrock of MPG. Usually, participants celebrate the end of their league with a happy hour; this time, Allianz France has taken things up a notch by offering a chance to play on the pitch of one of the most beautiful stadiums in the Ligue 1 Uber Eats” Martin Jaglin, Co-Founder of Mon Petit Gazon.

“The Allianz Riviera is delighted to play an active role in this incredibly innovative partnership that blurs the line between digital and real life, giving the finalists a unique stadium experience. This concept is a perfect match with the positioning of the Allianz Riviera, and enables us to spotlight the stadium’s superb features – its original architecture, idyllic setting on the French Riviera and premium boxes, for example. It is the culmination of constant exchanges with the Allianz France teams within the framework of the naming agreement.” Patrick Florence, General Manager of Nice Eco Stadium, operating company of the Allianz Riviera.