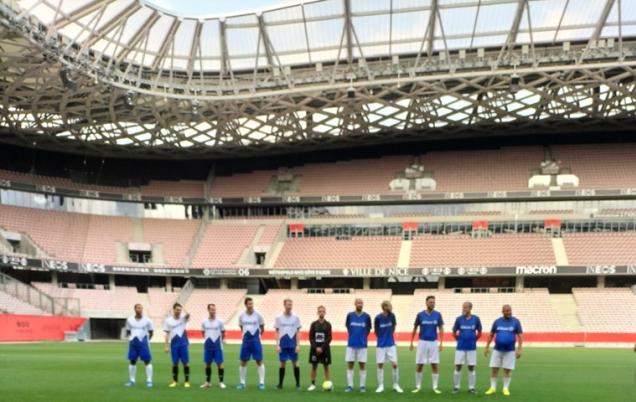 A look back in pictures of the Allianz / MPG Tournament

Saturday 21 May, the Allianz Riviera hosted the football match between the two finalists of the MPG Tournament: “Les Clés de l’Allianz Riviera”, a moment of pure pleasure for these football fans.

The two top players of the MPG Tournament (MPG: Mon Petit Gazon, the French fantasy football game), were invited to Nice with 4 of their friends to face off on the pitch of the Allianz Riviera.

And that’s not all. In addition to playing in a pro stadium, they were joined by two influencers: Stadito, influencer who visits football stadiums across Europe, and Jhon Rachid, a YouTuber and stand-up comic popular with fans of all ages. A definite plus for the finalists of the MPG Tournament.
The day was one highlight after another. First, the finalists and their teams were welcomed like veritable football stars before being given a backstage tour of the stadium and led to the locker room to prepare for the big match. Kick-off was at 6 pm with both teams benefiting from an influencer coach. At the end of the match, a cocktail party was held in their honour, and they could enjoy the televised multiplex of the final day of French Ligue 1 football in one of the best hospitality lounges the Allianz Riviera has to offer.